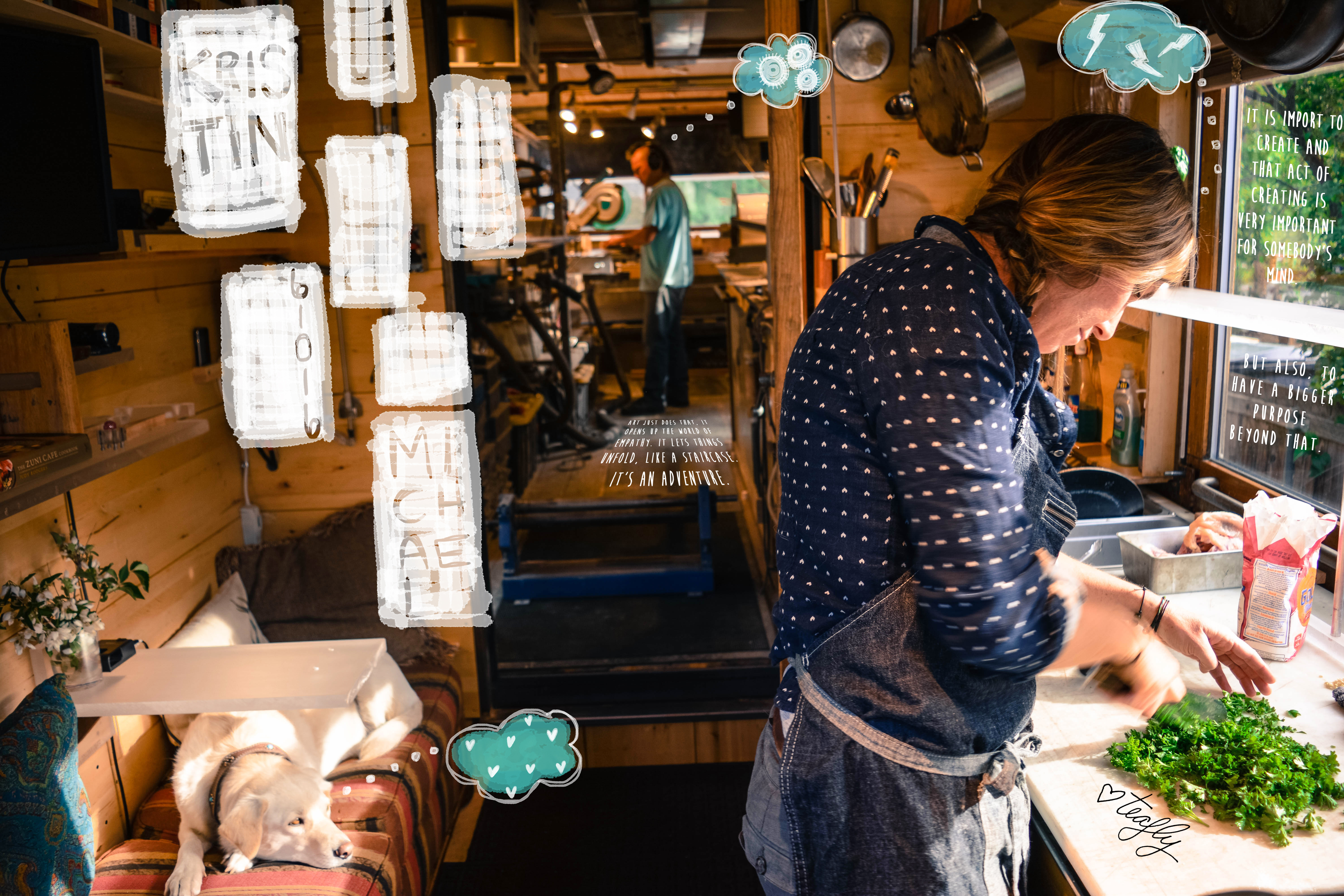 There is just something about Art that is just nice to be around. It’s inspiring. It creates a wonderful environment. It doesn’t have to be beautiful. It just has to be meaningful to the artist. You (Teafly) keep using the word authentic, which I think is great because when it is authentic to the artist, it just comes through and it has an effect on the viewer and whether they connect to their subject or even understand what their trying to communicate.

I agree. I think a big part of being a human being is communicating and expressing yourself. It’s not just the expression itself, it’s how that inevitably effects someone else or culture or society. I don’t think the intention of Art is to have those effects, but it does do that. Its a big part of culture and society and how it is effected by Art.

In the absence of Art, we could consider it a much lesser society. In the presence of Art, that’s not to say great Art. Art becomes great, because of how it effects things- both the creator and those who view it. For me personally, Art, in my creative process is huge because I design.

I create or I think about things in images and visual terms. How would you integrate— Wyeth’s Christina’s World? There is something about the emotion, the tension (in that painting). Well, if you pushed that image aside and you took what you felt from that image and you juxtaposed that on a piece of furniture. You look at the furniture and you think “Does it trap or embrace that? Oh yeah it does now!” That’s an influence. That image has now influenced another design. The effect Art has is huge in regards of how it inspires, how it influences and how it betters. Typically, Art doesn’t try to make things worse.  What it tries to do is express. And when we express ourselves that is probably the most fundamental thing to being a human being.

When I went to high school, we had a really robust Art program, but it was more about how you create as opposed to what Art is. So I went to MassArt for a year, so I went into fine Art school and I felt like this very ignorant person. All of a sudden I realized Art has to have a message. I had just come from his world where it you just made stuff. All of a sudden my assignments would be, “Try to get this message through with this medium.” And I would think “Why are we doing this?” It was the weirdest thing. And I was awoken to seeing that

Art has this greater purpose and not just for the sake of creating because you want to create it. It is important to create and that act of creating is very important for somebody’s mind. But to have a bigger purpose beyond that. That what you create can have an effect outside your world and on the outside world.

I still struggle with that and trying to understand that— when you look at a piece of Art, what is this really doing? Obviously it is capturing something, but what is it capturing?

And how do you even do that? How did Andrew Wyeth create this feeling of Christina in this field?

My first thought of Art was JBL speakers (advertisement)! You got the tie blown back, the seat and the speakers in front. I thought that was Art, because it resonated. I didn’t know it was a sale pitch. I did’t get any of that. I just thought it was a great perspective. I remember thinking “How would you come up with that?” Obviously it’s a made picture because no one’s ties blow back. So, I thought about it in terms of “They created this thing.”

I always loved High Fidelity— my father was a classical musician, so he always had the best he could get— speakers, so I was part of that world. To see this world in that image, I was kind of blown away. And then at that point it’s like, “Well, what else does this?”

I didn’t grow up with a world of images. I was’t raised that way. I had normal images you would see growing up in a suburb of LA. It’s all commercial, essentially. There’s no Art. But then, as I got a little bit older I started hanging out at UCLA. I’d walk around and eventually, I began checking out campus and going down below decks and there was this sociology department. They created this wonderful world of displays of African Art. I was hanging out one day and they brought this woman in from Haiti who was an Artist. The theme was Voodoo. I’m looking at the Art. It doesn’t do anything for me. But now, I’m listening to her talk and she just doesn’t fit into a normal sense of what you perceive as a person even. There was something happening around her. I’m like, “Whoa, this is intense.” And as she said the few words she said and I began thinking “What would she create for a photo?” And then I look back on the Art again and started thinking, “Wow! What are they expressing?” Because I wasn’t in tune with what they were expressing. Sure, the JBL guy I was in tune with, but this? But now, I’m looking and this woman is amazing, just beautiful, sharp, focused, expressive. Then I’m looking back at the Art and I thought “I got to figure this out, because this is amazing.” Art just does that, it opens up the world of empathy. It lets things unfold, like a staircase.

The Wyeth painting, I might have looked at that during that time and shrugged, “What is that?” But, (the woman and Art from Haiti)  kind of started me thinking what is this expression and what are they saying? There is an intellectual answer to that question, but there is also an emotional answer to that question. There’s also the answer of connecting. Can I connect to that? And if I can’t, what would it take to connect? Maybe it would take an introduction. Maybe it would take an Art critic. Maybe it would take listening to the Artist. It’s exposure at that point. It’s an adventure.